5 Secrets You Didn’t Know About The Cost of Facebook Advertising Services in Singapore, #3 WILL SHOCK you

Contents hide
The truth about Facebook Advertising costs in Singapore
1. Cost Per Click for Facebook Advertising Campaigns
2. How To Run Successful Direct Response Facebook Marketing Campaigns
For E-Commerce Businesses, you want to start driving traffic to your website using attractive creatives.
Check out another example for lead generation for service-based businesses:
3. How To Reduce Your Cost For A Facebook Lead
Refreshing your Facebook Ad Creative
Start using re-targeting ads
Using bid caps
4. What Not To Do While Running Facebook Advertising Campaigns
Poor Ad Creative
Extremely short advertisement copy
Making a direct offer
5. Determining how much to spend on Facebook Advertisements
First step: Determine the cost of acquiring a customer
Second step: Determine how much an average customer is worth to you
Third step: Spend as much as you can, based on your cash flow
Conclusion
Frequently asked questions about Facebook advertising costs in Singapore

Many business owners shrug and hesitate to spend thousands of dollars on marketing.

The reality is you can choose to spend anywhere between $1,000 per month all the way up to $100,000 or more on Facebook. There isn’t a set limit. Facebook allows you to adjust your spend.

With more advertising dollars spent, the more frequent your advertisements would appear on the platform, thereby generating more traffic, leads and sales for your business.

What if I told you that we have successfully spent more than US$150,000 dollars on Facebook, and we know exactly what it takes to scale your Facebook Advertising campaigns to the next level?

After spending more than hundreds of thousands of dollars on marketing campaigns, we’ve came up with 5 Secrets you didn’t know about the cost of Facebook advertising in Singapore.

Read on to find out more.

According to a study by Wordstream, the average cost per click for Facebook Advertising is US$1.72, which equals S$2.48.

However, you shouldn’t be concerned with the cost per click.

Simply put, if a person clicks on your Facebook Ad, it doesn’t necessarily mean the person will take the course of action you want them to take.

Whether you are generating leads or selling ECommerce products online, the real cost you should be concerned with is the cost of acquiring a customer.

The next thing you need to understand is how much the average customer worth to you.

That will then give you the ability to scale your campaign.

Therefore, depending on the industry you are in, you could expect to spend anywhere between $500 per month all the way to $50,000 a month in advertising costs that are paid directly to Facebook.

This excludes the cost of the management fee that you are handing over to a digital marketing agency if you’re engaging one.

For E-Commerce Businesses, you want to start driving traffic to your website using attractive creatives.

Here’s what we found to work best for E-Commerce businesses:

By using Video Ads, combined with enticing “FREE” delivery, you would be able to acquire more clicks to your Facebook advertising campaigns.

In this campaign that BeautyMNL ran, they managed to increase their purchases by 38%.

Check out another example for lead generation for service-based businesses:

For lead generation campaigns, you want to start offering a FREE report or FREE training or FREE checklist that would attract the attention of the person scrolling on Facebook.

You want to create a pattern interrupt that stops them from scrolling.

You need something that can suck away their attention.

Something that is free, that is of lower barrier to entry would perform better.

That would crash badly.

Here’s an example of how to do it:

By also having an irresistible offer of a trial, there is less commitment for a prospect.

This would allow your business to acquire more leads.

“I’m running a business, why should I offer something for free?”

The issue today is skepticism is at an all-time high all across the internet.

It’s difficult for your prospects to see value in your product, unless you demonstrate that it has value to them first.

Start demonstrating value to your prospects in your initial offer first.

That way, you have a higher chance of having a successful Facebook Marketing campaign.

3. How To Reduce Your Cost For A Facebook Lead

By using new ad creatives, it prevents ad fatigue and more engagement with your audience.

This would ultimately reduce your Facebook ad cost since the algorithm would favour showing your ads more.

Be sure to come up with interesting and engagement worthy ads that would really attract your audience’s attention.

By re-targeting your audience, it would improve conversions.

Look, nobody is going to buy off your products right off the bat.

They have to come into contact with your brand multiple times before deciding to pull the trigger.

By setting bid caps, you limit how much you will be spending to reach your intended audience.

However, using bid caps would limit your reach if you are trying to scale.

It is usually only used if you are trying to be extremely conservative with your budget.

It is not recommended for a typical Facebook Advertisement campaign.

4. What Not To Do While Running Facebook Advertising Campaigns

Now that we have briefly gone through some of the best practices to adopt while running Facebook Advertising campaigns, let us talk about what not to do.

The worst thing you can do is to make a direct offer on your Facebook advertisements.

Don’t get your target audience to buy your product or service the firs time they see your ad.

It is the equivalent of meeting a girl for the first time at a bar, and asking the girl to marry you.

That’s not how it works.

You have to date the girl a few times first, get to know her a little bit better, before you pop the question, right?

It is no different when it comes to advertising on Facebook.

Stop making an offer to get your customers to buy immediately.

This is a clear example of what NOT to do:

Everything that could possibly go wrong in this advertisement is happening.

The ad creative is literally the company’s logo with an extremely poor resolution.

It’s insane how bad the logo is.

Think about this, people are scrolling through Facebook, and they see this image of such a poor resolution.

Would it even capture their attention?

The advertisement’s copy is so short that it literally contains three words, “Personal Financial Services”.

It doesn’t even send any type of message across, it’s ridiculous.

As I’ve mentioned earlier, the Facebook is calling for the target audience ot borrow money from them immediately, it’s ridiculous if anyone even chooses to take up their offer.

Because there isn’t even an offer mentioned in the advertisement copy at all.

It is really easy to order how much you should spend on your Facebook Advertisements.

First step: Determine the cost of acquiring a customer

It may sound really, really simple.

But most business owners don’t even know what’s the cost of acquiring a customer.

In order to do this, you need to start running some Facebook Advertisements.

The only way you are going to find out how much it costs is by running some ads.

Once you have done so, use the total amount that you’ve spent on Facebook advertisements divided by the amount of customers you have obtained (yes, customers, not leads).

This would give you the cost of acquiring a customer.

Therefore, the cost of acquiring a customer is $100.

Second step: Determine how much an average customer is worth to you

Now , in order to determine how much an average customer is worth to you…

Now that you have the total amount of profit…

Divide the total amount of profit by the total number of customers that you have obtained from the advertising spend.

That would give you the amount of how much an average customer is worth.

By using the above example, let’s assume I make $1,000 off a customer.

Third step: Spend as much as you can, based on your cash flow

That’s right, once you are clear with these two numbers, you should start spending as much as you can.

You should keep a close eye on the two numbers mentioned above.

As a business owner, it is your duty to be very clear of these two numbers in order to scale your business.

I hope that the above guide helps.

If you ever need help with your Facebook Advertisements, feel free to check out our lead generation services.

Is it worth paying for advertising on Facebook in Singapore?

If you are able to run a successful Facebook Marketing campaign, it would definitely be worth it.

How much does it cost to advertise on Facebook?

The budget can be decided by you. Obviously, with more being spent on Facebook, Facebook will grant you more reach.

What happens if you don’t pay for Facebook Ads?

Your ads will stop running. You can choose to use organic posts as well which doesn’t require payment. 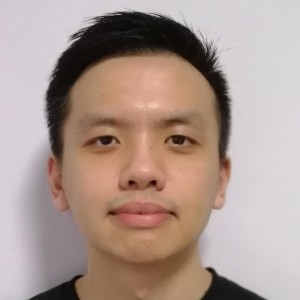 5 SECRETS TO FLOOD YOUR WEBSITE WITH FREE ORGANIC TRAFFIC

🏆Best SEO Companies in Singapore🏆as of 2022

5 Secrets You Didn’t Know About The Cost of Facebook Advertising Services in Singapore, #3 WILL SHOCK you

🏆10 Best Review Response Templates🏆You Can Use

🏆GoDaddy Search Engine Visibility:🏆Worth it for 2020?🏆